Having just come off the road with Speedy Ortiz, Doe have announced a headline tour of UK and Europe in February 2019! Full dates are as follows: 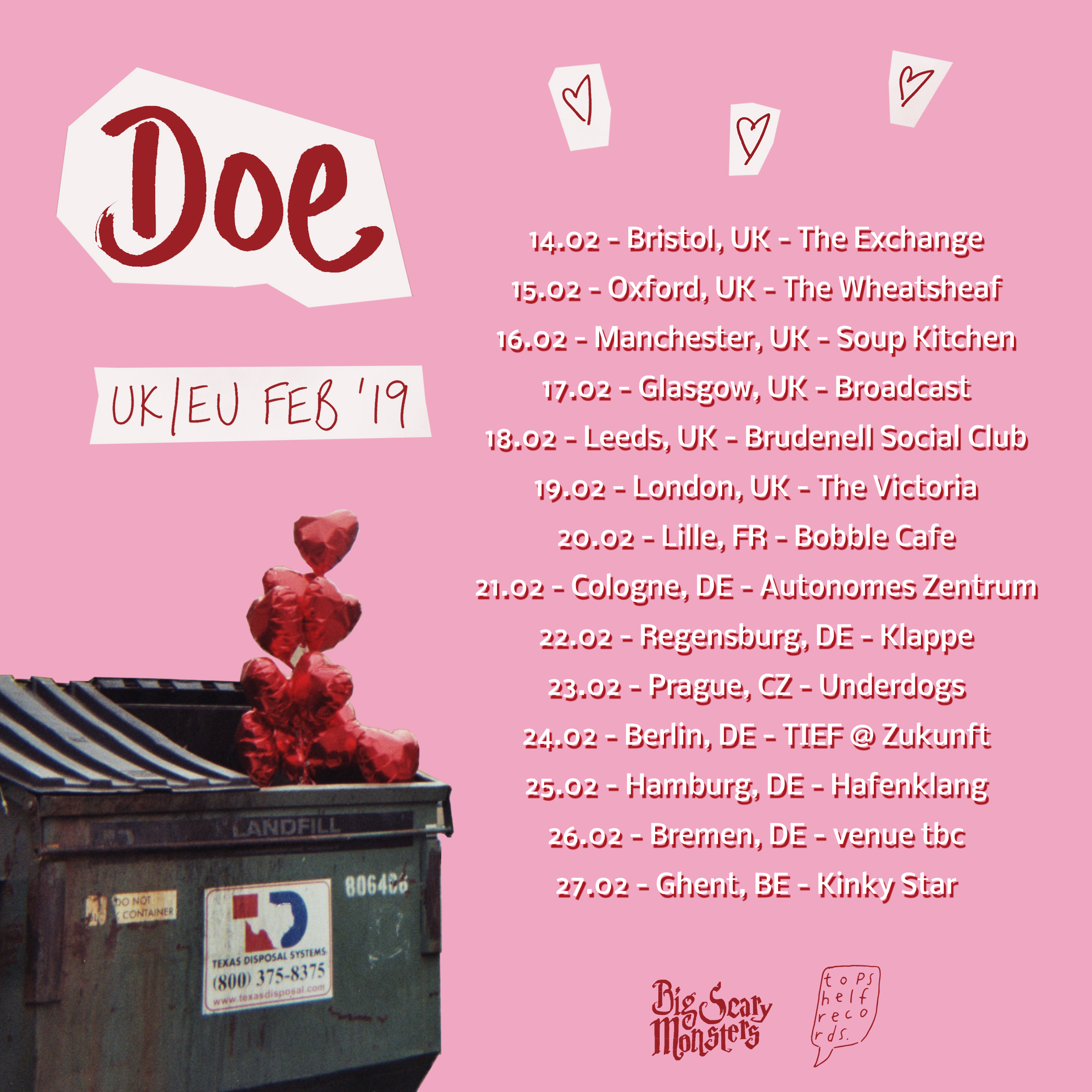 Nicola says of the song:

"Team Spirit is about enthusiastically allowing your own needs and desires to take a back seat in the pursuit of pleasing those around you. Or more - realising you did that as a teenager but you’re not going to do it now. I think a lot of girls’ formative years are spent being moulded in a certain way to seem attractive and inoffensive. This song is a masked celebration of shedding those layers of conditioning and emerging as your own adult person, like a beautiful angry onion.

"Jake has a knack for writing really weird riffs with really catchy melodies, he brought the initial idea to practice and it naturally progressed into a big pop song then we added a bit that (I hope) sounds like The Cars in the middle. There’s something cathartic about singing lyrics that sound positive but are actually not at all positive against the backdrop of a big pop song."